A Georgia witness at Moultrie reported watching a triangle UFO with lights at each corner hover and then move directly overhead silently at the treetop level, according to testimony in Case 80091 from the Mutual UFO Network (MUFON) witness reporting database. 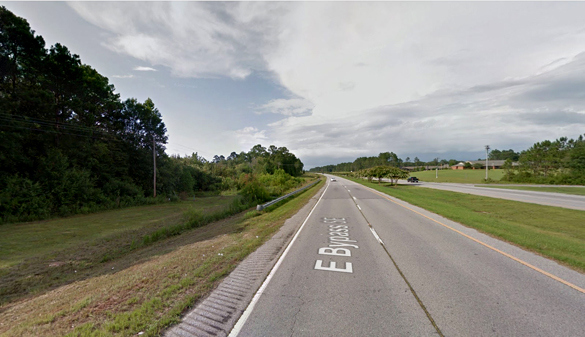 “I saw a strange object right in front of me in the sky that was sitting still,” the witness stated.“I thought it was a plane, but it was way too close to the ground to be a plane. So I rolled my windows down to listen just to be sure.”

The object was completely silent.

“It began to slowly, and at an extremely smooth and constant speed, fly over my car heading the opposite direction as me. As it passed overhead I saw that it had three red lights on all three corners and the front one was blinking.” 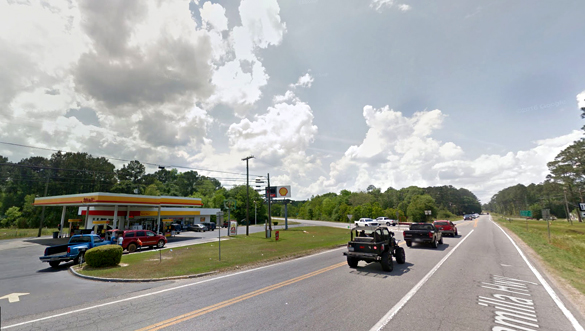 As the witness continued to watch, a white light turned on along the right corner of the craft, right beside the red light.

“I tried to see if the white light was coming from a window, but could not tell due to its speed. I want to make it very clear that I saw the outline and bottom of the craft as well as the lights on the end, and I am 100 percent certain that it was not a plane or jet of any sort.”

The witness finally moved through the intersection. 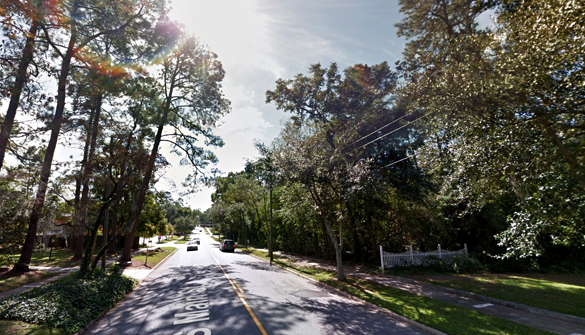 The witness had one red light at each of the three corners. Pictured: Moultrie, GA. (Credit: Google)

“When I looked out my window to look at it again, I could not find it. This may have been due to trees blocking my view or an increase in speed, I’m not sure. I was driving and it happened too quickly that I couldn’t get my phone out in time to get a picture. But I assure you, I wouldn’t spend the time filling this out if I was making this up.”

Moultrie is the county seat and largest city of Colquitt County, Georgia, population 14,268. MUFON Georgia Field Investigators Jeremy Haslam and Brion Trainor are investigating. Please remember that most UFO sightings can be explained as something natural or man-made. The above quotes were edited for clarity. Please report UFO activity to MUFON.com.