Onlookers have captured video of bright flashes of light that lit up the sky over Wellington following a 7.8 magnitude earthquake that rocked New Zealand’s South Island.

Instagram user Syrian Kiwi posted video of the lights with the caption “Sky during earthquake in Wellington”. 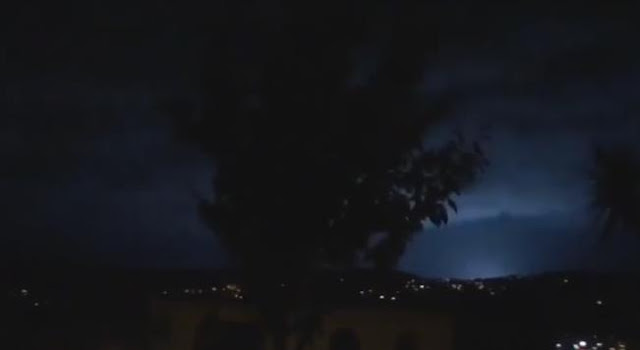 The quake, located near Hanmer Springs in North Canterbury at a depth of 15km, struck just after midnight last night (10pm AEDT) and a swarm of powerful aftershocks have since rattled the country.

According to New Zealand news website Newshub reported that the video may have captured a phenomenon known as “earthquake lights”. where light is produced around continental rifts by electrical properties in certain rocks.

“When nature stresses certain rocks, electric charges are activated, as if you switched on a battery in the Earth’s crust,” senior researcher at NASA’s Ames Research Center, Friedemann Freund, told National Geographic in a 2014 article about the phenomenon.

Besides “earthquake lights”, Monday’s supermoon could have triggered the earthquakes according to seismologists.

Then, I just received an image taken by a resident in Perth, Australia, today (Monday November 14, 2016) which not only shows the supermoon but also a big blue/greenish UFO-like object.

Moreover, if you rotate the object 90 degrees a face of a human being appears in the middle of the object. 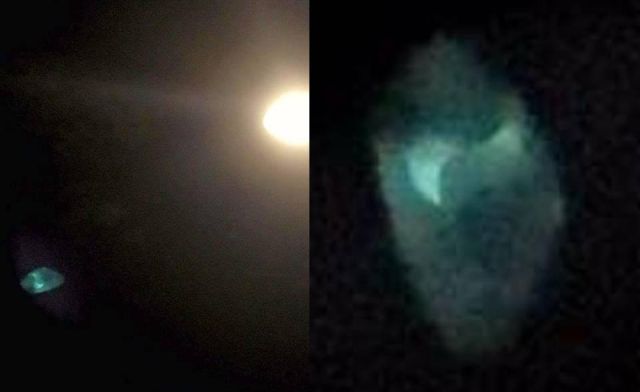 Maybe the seismologists have right about the supermoon, but then again, it does not explain the blue lights / flashes in the sky over New Zealand during the earthquakes and it certainly does not explain the strange blue / greenish object over Australia, captured many hours later.