A Virginia witness at Virginia Beach reported watching a hovering sphere that disappeared and re-appeared in another location before moving away, according to testimony in Case 80090 from the Mutual UFO Network (MUFON) witness reporting database. 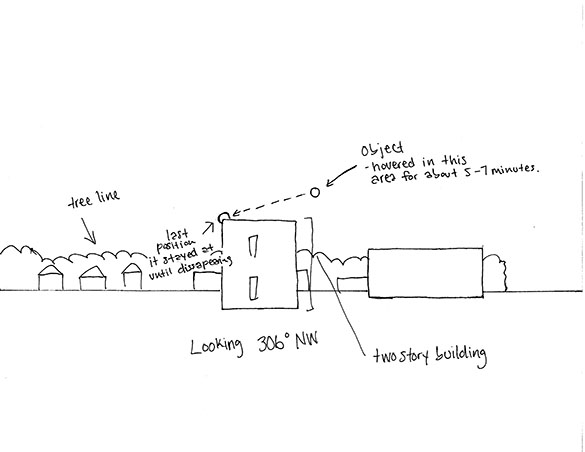 The witness was moving shopping carts at a work location at a time when the stars were not yet visible.

“Once I had gotten all the carts to middle corral, I had looked northwest and I saw this very bright object in the sky,” the witness stated. “It was too big to be a star and it wasn’t moving and had no flashing lights like a helicopter or airplane would have.” 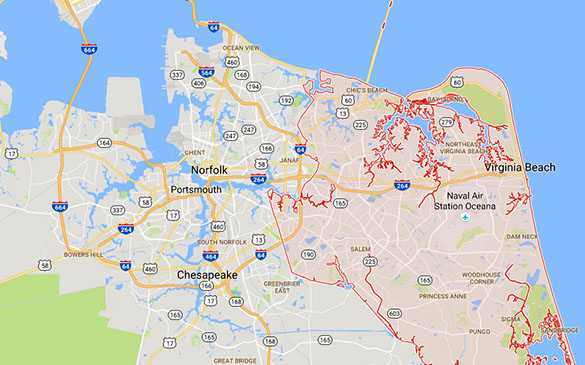 The witness said the object was hovering with no lights over the Virginia Beach area. (Credit: Google)

The witness continued moving carts while the object was still in the same position.

“It looked like it was pulsating a little I even stopped to look at it for about a minute. Then once I had gotten the rest of the carts to the last corral, I had noticed the objected had disappeared and reappeared to the left of its original position and was a little bit lower.”

Once the witness had completed the work tasks, he looked and the object was gone. 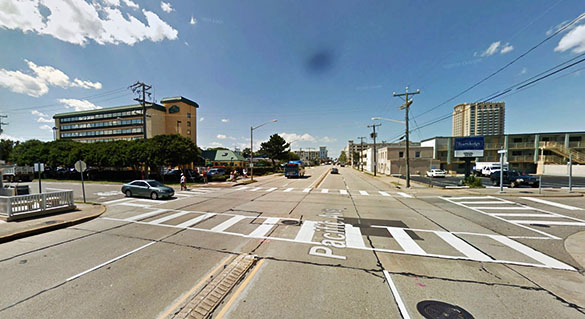 The object seemed to move away in a slow-motion way. (Credit: Google)

The witness provided one illustration with the MUFON report, which was filed on October 28, 2016. Virginia STAR Team Investigator Norman Gagnon investigated and closed this case as an Unknown.