While photographing a couple for tourism promotion on the island of São Miguel, Azores on the lake of the village of Sete Cidades the photographer noticed a massive object in the sky above the mountains. 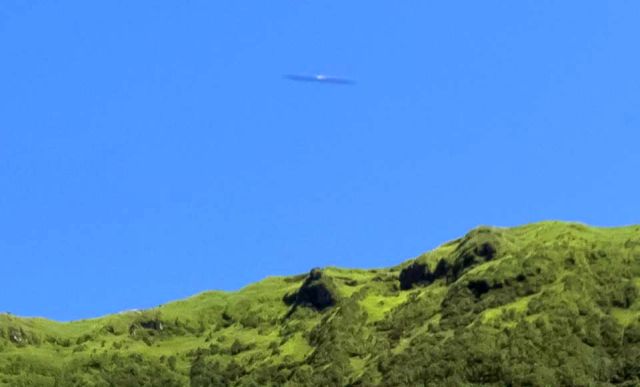 He made 2 photos and in the second picture the UFO appeared and immediately vanished in the blinking of an eye.

After checking the images on his computer it became clear that he had photographed a huge cigar-shaped UFO and even though the images were taken in 2013, the photographer recently decided to submit the impressive images to Mufon under case nr. 80589. 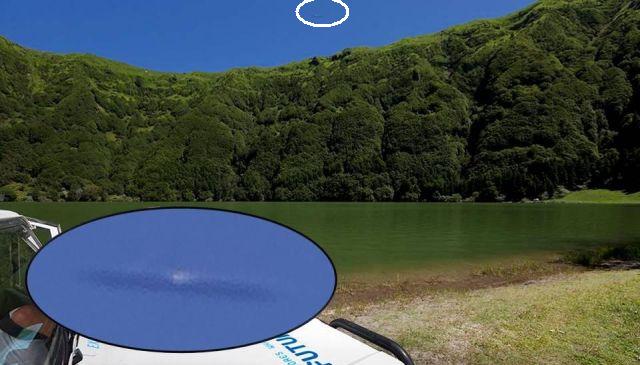 Cigar-shaped UFOs are less widely known than the traditional “disk” shaped ones but their aspect is solid and they are able to hover in the air for a while before they accelerate to immense speeds within a split second.