A plasma burst from the surface of the Sun? No, it is more likely an extraterrestrial solar UFO that appears to blast out of the Sun. 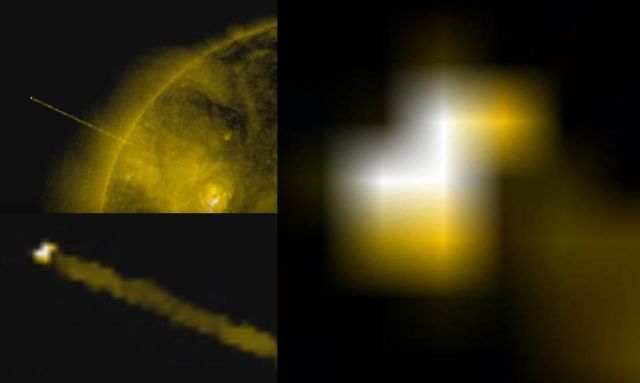 The fact that the UFO is a different color and shape to the rest of the ‘Connected Line’ leaves very little doubt as to what you are seeing.

The image, discovered by Streetcap1, confirms the existence of interdimensional alien craft accessing our solar system using the Sun as a star gate, entering and exiting from dimensional portals in the Sun?