I dare say, most of you reading this will never have heard of Paul Ascough.  There is nothing wrong with that but I can personally vouch for him.  I have known Paul for over twenty years, and, unfortunately, we accidentally lost contact with each other for far too long.  Earlier in 2016, I was extremely pleased to meet up with him again and even more pleased to discover he was just about to publish his first book. In order to discover who Paul Ascough is, and what his book is all about, I took time out to interview him, recently, the result of which is as follows.

Philip Mantle: Who is Paul Ascough? Tell us a bit about yourself? 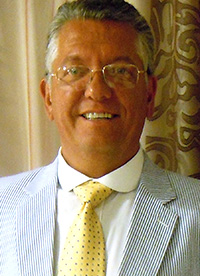 Paul Ascough: I was born in West Yorkshire to a working class family. I left school with little in the way of qualifications. For some reason, I became interested in medicine and began my career as a student nurse, attending college and completing my training for a State Registered Nurse qualification. After a spell as an occupational nurse for the Coal Board, and working in the road laying team underground, I joined the Army as an infantry medic, rising to the dizzy heights of Staff Sergeant and seeing service in many countries.

Though serving as a medic throughout my career, I was a trained observer for the reconnaissance platoon teaching aircraft and vehicle recognition. I was fortunate to be stationed in Berlin during the cold war, crossing over to East Berlin at Checkpoint Charlie on several occasions, and observing the Russian helicopters observing us over the divide of the famous wall and the bizarre open spaces of no-mans land with its goon towers, mines and tank traps.

Finally, leaving the Army and joining the Yorkshire Ambulance Service, where I have remained as a Paramedic until my retirement.

Mantle: The Real Story is the title of your book. Could you give us an overview of the book, please?

Ascough: I have called my book The Real Story because this is the way I perceive our place in the world to be. It is my story of personal experiences with religion, the paranormal and UFOs, that have led me to the conclusions reached in the book, of what I believe the reality and the truth of what the real story actually is.

Mantle: How and when did you first become interested in the UFO phenomenon?

Ascough: I first became interested in UFOs at about 11 years old. I sat in the garden as it became dark, with my brother and my father, who was pointing out one of the major constellations to us, when 2 very bright pearly white UFOs came out of a bank of cloud in front of us then just stopped dead. They were completely still for not much more than a second, then were immediately moving away from us, no noise, nothing flashing, no vapour trail, just a little teardrop shaped tail, as they moved. Brilliant white light from them reflected on the clouds. The immediate feeling I got was that they hadn’t meant to be seen and that’s why they stopped and changed direction. It was from that moment that I wanted to know how they could be real, defying the laws of physics and blatantly on show to anyone who would have been looking.

Mantle: Has being in the military helped you in your research of the UFO phenomenon?

Ascough: Definitely, because you learn how to be a better and more objective observer, how to use landscapes, the background and the foreground, the weather, the cover, type and height of clouds, the wind as well as other atmospheric phenomenon. Then you learn about the different types of aircraft, the jets, turboprops, propellers and rotors, military, private, cargo and commercial, large and small, fast and slow, there are thousands of them.

Mantle: Whilst compiling your research for The Real Story did any one UFO sighting or close encounter case stand out to you and why?

Ascough: Good question. A high strangeness, close encounter abduction case I investigated for BUFORA in 1995 remains a highlight, simply because it was an opportunity to try and help a number of innocent and terrified individuals come to a better understanding and acceptance of what had happened to them.

Mantle: Do you have anything to say to the skeptics who say ufology is a complete waste of time? 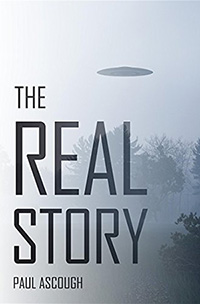 Ascough: I do have something to say. Not to ridicule or belittle people who have been subjected to an experience of which they have had no control whatsoever. Witnesses and abductees will tell you that it’s unequivocal that what they have seen or experienced was so weird or bizarre that it could have been nothing other than alien. Almost without question, the abductees will say they wish they could turn back the clock to avoid what they experienced happening at all and that they previously had no interest in the UFO phenomenon. Many of these witnesses have a lot to lose by going public. And finally, why would thousands of people have a reason to lie, with nothing to gain? Many Ufologists give up a great deal of time, and sacrifice, to further our understanding of what is a very subjective and incredibly complex subject.

Mantle: What is the future in UFO research for you. More books, more research?

Ascough:  Always more research, always more research. Having written this concise history of events in my life, maybe its time to expand on some of the theories, more stories and experiences, with more in depth explanations to help the reader gain a better understanding.

Mantle: In your opinion, how do we keep moving forward with UFO research?

Ascough: We can only keep moving forward by continuing research and placing as much evidence as we can into the public domain. There are some exceptional investigators and authors out there who will continue to educate us all. Fortunately, modern technology is on our side, and as more and more of the population are constantly carrying recording devices, then more and more evidence is slowly accumulating on the internet. This, combined with the world governments becoming more open, will, I hope, lead to a time in the not too distant future when we should see a general acceptance of the UFO phenomenon by everyone.

Mantle: Paul, thank you for taking the time to answer my questions and good look with your new book, The Real Story.

It is always good news when a new author joins the ranks and Paul is no exception to that. His book The Real Story is only in kindle at the moment on Amazon. Why not give it a try and listen to another researcher’s point of view.