An in-depth look at Dingo Gap on Mars resulted in the discovery of what could be the remains of a reptilian humanoid lying in the sand. 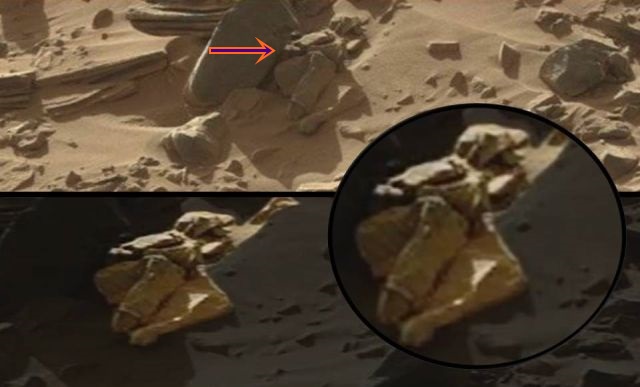 We see a “Reptilian” head with eyes, nostrils, jaw and tong.

We see a torso, two legs with knees and 2 feet with toes protruding from what appears to be some kind of pants.

The torso appears to be covered with some type of protective body armor or clothing, with both arms and one hand visible.

Everything is perfectly in proportion! How unlikely is it that some 15 or more rocks would fall into place to form this figure?

The video from YT account ‘The Mars Pioneer’ contains the raw images and enhanced versions and shows besides the possible remains of a reptilian humanoid, a wide range of supporting evidence for the presence of life past and present, as well as evidence of tampering, intentional or otherwise.