Fire in the sky.

What is this mysterious light phenomenon in the sky over São Thomé dasLetras in Brazil? 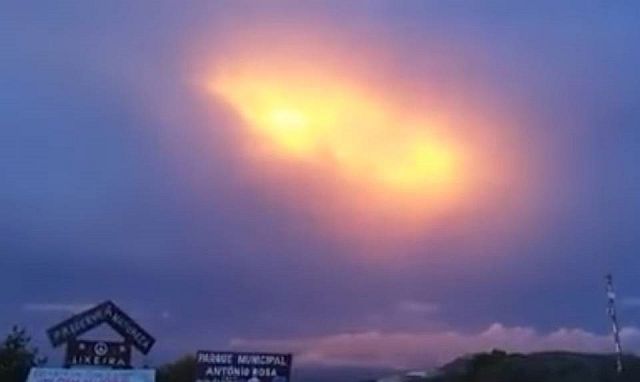 Arnaldo Costajr Redeluz who captured the rare phenomenon on December 12, 2016 posted the footage on Facebook.

Besides, there are two more rays of light visible next to the strange light phenomenon but despite the event was filmed during sunset, the sun is nowhere observable!