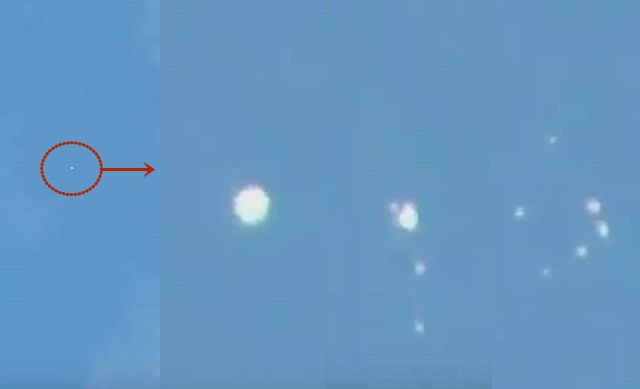 But this time something strange happened as suddenly the UFO turns into seven spheres.

One of them moves downwards, another three fly upwards and the last three seem to make geometric figures, according to AlessaEZ who recorded the spectacular sighting on January 31, 2017.