I went to the countryside at night to film a beautiful moon set over the fields and test a new lens I bought for my Sony a7s camera. After a few videos and photos, I started recording the moonset, when an amazing glowing light fell to the ground. 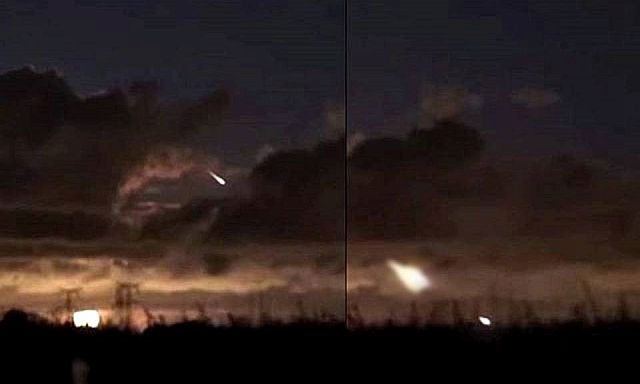 It looked really big but not that far from my location. The object was glowing like a meteor, or a burning object. It probably crashed in the huge lands in front of me. The object literally came out of nowhere, just like a meteor / meteorite would do. It was also totally silent.

One thing about this object is really intriguing: it actually reached the ground (at least, the horizon). This one looked really close to me.

As the object probably crashed in a field I spent more than 30 minutes searching the object in the huge lands around me, exploring the area with my car but I didn’t see anything.

Although it might have been a meteorite I ‘m still not sure about it’s origin, according to the witness who filmed the burning object in his countryside, Normandy, France on February 2, 2017.