Remote viewing (RV) is the practice of seeking impressions about a distant or unseen target, purportedly using extrasensory perception (ESP) or “sensing with mind.”

It is used to transfer perceptual information across time and space. It is clear that remote viewing works in complete violation of the accepted “laws” of quantum and relativistic physics. 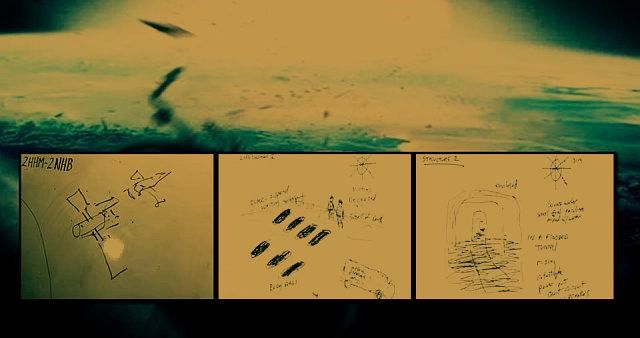 The scientific understanding of the remote-viewing phenomenon has greatly advanced in recent years, and as a result the process of remote viewing can now be reliably demonstrated in both laboratory and operational settings.

Although remote viewing has not yet gained mainstream acceptance, in the past there have been many sessions whereby a remote viewer gave information about an object, a person, a location distance or upcoming event which turned out to be true.

Last month during a remote viewing session three members of the Farsight Institute received information for March 2017 and whether you believe in remote viewing or not, it sounds no good!

This is what they tell.

City surrounded by a large body of water, salty water, closed to frozen, ice and snow, very unusual for this time of the year – smoke, fire and storm related damage.

Something metallic is on sea – people (on a boat?) – People reacting to a situation (hard hats), boats on a sea, stand-off (?) between ships (?), 24hours later situation may have resolved.

Something rushing vertically, guy in a protective head/eye-gear (workers clothes), standing on a metal platform, stuff flying up and falling down on this guy, surprising and shocking event.

Hard-hat guys working on a platform, calculating, doing some analysis not worried about the event to come – 24hrs later: earth shut up, next to the platform, leaves a big crater.