An image taken by the weather satellite GOES-16 on March 2, 2017 apparently shows a huge disc-shaped UFO floating above clouds somewhere in between Russia and Italy. 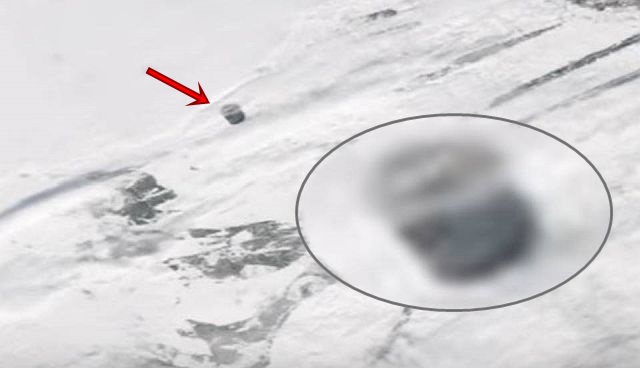 Myunhauzen74 who discovered the object points to a shadow on the clouds which indicates that the object is moving above the clouds.

Although the object resembles a UFO we should also consider whether it might be a rare rock formation or a tall circular building rising from the clouds.

Any idea what the object could be?

Link to an image from the satellite: https://www.nnvl.noaa.gov/NOAA_Earth_Daily_Color/Snapshot.html