A weird giant humanoid-shaped figure appeared in the clouds above the Mukuba shopping centre in Kitwe, Zambia last week. 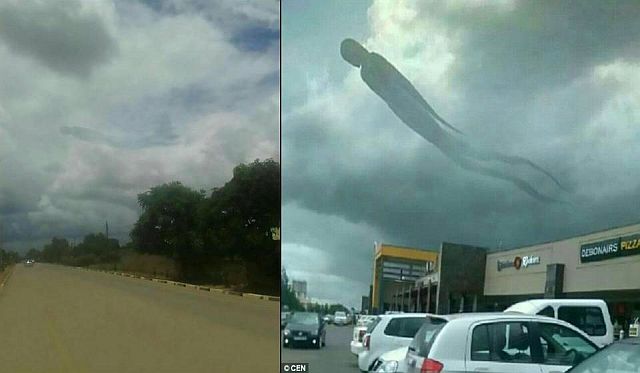 Images of the humanoid figure captured from different locations and angles.

The mysterious black-shaped apparition with its large humanoid head, torso and long tail is thought to have been more than 100 meters long.

Terrified locals who witnessed the creepy figure ran away as they thought it was a manifestation of God while others started worshipping the entity, according to dailymail and thesun.

Is this figure something from another world or other dimensions?

It is believed that some beings are composed of a misty, airy, or subtle material which is equivalent to the dense black shape which is clearly different in comparison with the clouds.