What looks like a mutant Ninja Turtle from the series Ninja Turtles has been spotted in the sky over Marsascala, Malta. 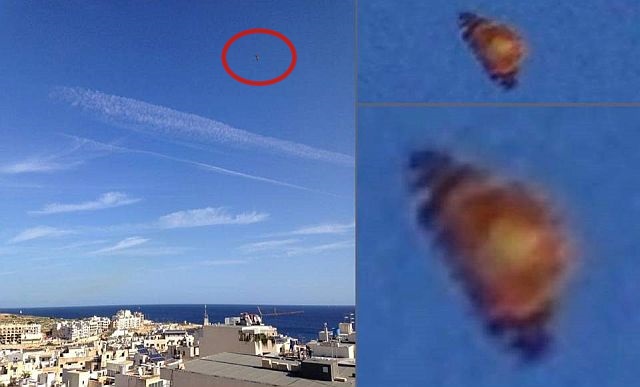 The photographer stated that on a sunny day he was taking some photos of the view when he suddenly saw a strange object in the sky for about 15 minutes before it disappeared over the sea.

After checking the images captured on May 10, 2016 he noticed that the strange black orange disc shaped object as he called it, appeared in three photos.

Curious what may have been the weird looking object the photographer uploaded the images with his Mufon report 82593 which was filed on March 10, 2017.