Iconic looking clouds are becoming a normal part of our landscape these days inside of our little ‘sphere’. Rotating craft-like clouds are popping up quite frequently. 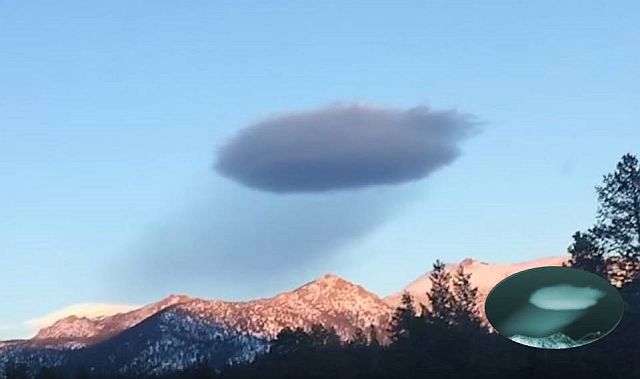 Despite lenticular clouds have been regularly confused for UFOs due to their round or oval shaped structure it is not uncommon that UFOs use this kind of clouds to hide itself.

But what about the strange cloud filmed in a further completely cloudless sky over South Lake Tahoe, California on March 12, 2017.

Despite meteorologists say that lenticular clouds don’t move it seems that this spacecraft looking cloud is not just hanging around, it seems to move given the strange dark trail behind it.

Whether it is a UFO hiding in the cloud or just a lenticular cloud with a shadow cast from the sun behind, it remains a strange appearance in the sky.