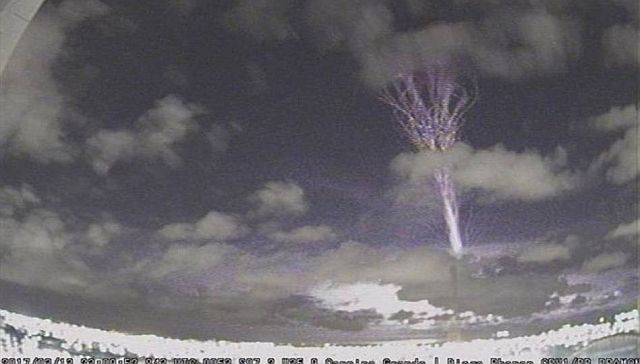 The video shows a cumulonimbus cloud that produces a strong lightning followed by a rare gigantic blue jet.

Strange sky phenomenon seems to be the norm these days, like the gigantic jet. It was the first record of this phenomenon in Brazil.