In this new Linda Moulton Howe video, she talks about of how planet Earth has been the laboratory playground of Ancient Aliens for over 270 million years. 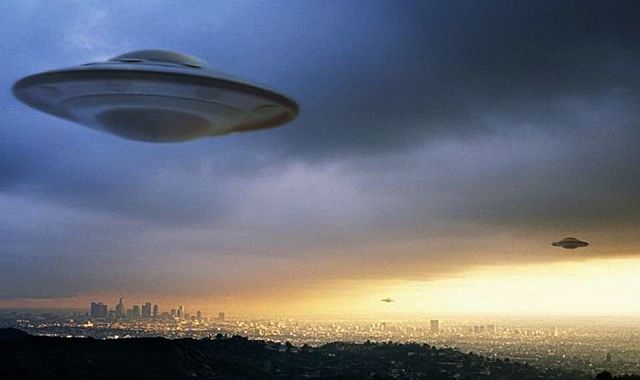 Linda explains Ancient gods and myths are all real – ancient gods were beings with advanced intelligence who visited planet Earth and affected human history, for better and for worse.

Linda Moulton Howe explains UFOs and ET life is a complex, mysterious and difficult topic to investigate and has been kept top secret for purposes of national security.

They take enormous measures to keep it secret, because they really feel that is what is needed to deal with the UFO phenomenon for all of us.

There are good and bad ET species, referred to as “friendlies” and “unfriendlies,” and they are at war in space and on our planet.

In the next video Linda Moulton Howe and Barbara Lamb sit down with Alexis Brooks to discuss the possibility of a galactic war. But is it happening above our heads or below our feet?

According to Linda, mysterious “BIG BOOMS” being reported by people worldwide have been happening since 2011 and the increase in these anomalous booms may be indicating a war taking place underground between humans and ET’s.

They discuss the scope of agendas certain ET races have toward humanity. Are their intentions good, bad, or a bit of both?

This episode was filmed on-location at the 15th Annual Conscious Life Expo in Los Angeles in February of 2017.