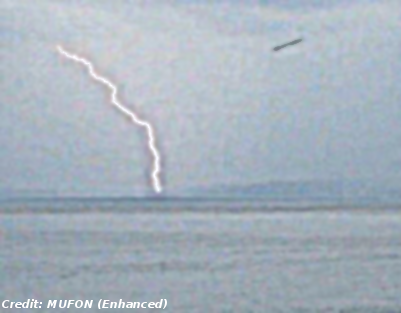 bay off the Atlantic,” the witness stated. “We were waiting for our bar-b-q to finish and I began to film the storm hoping to get some good footage of the lightning as I waited.The storm was still a good 20 minutes away, but the lightning was going straight down into the water almost everytime and I continued to film for about two minutes.”

UFO Photographed Over The Bay Area