This appeared on camera at the ISS and stayed for 7 minutes. At first Streetcap1 thought it is only lens flare, but then certain things were happening as it progressed. 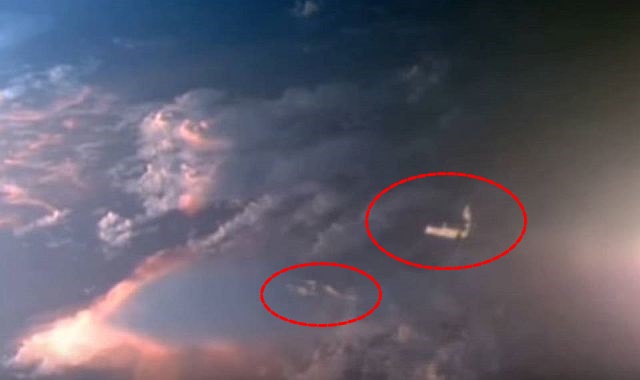 Lights appearing later on and as you can see flashes at the beginning of the piece near the second item as it appeared.

As the video, captured on March 22, 2017, progresses the items appear to turn slightly and light up while keeping the same orbital speed as the space station.