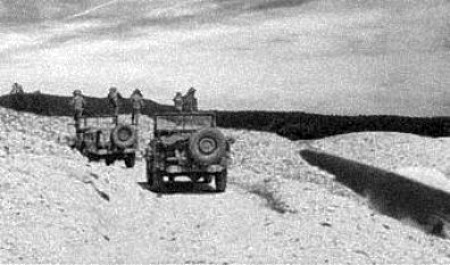 “Hundreds of military and intelligence documents that since the Freedom of Information Act and research shows that something happened here, and something happened in and around Aztec,” Brooks Marshall as he stood below the bluff where a few books and other research claim the craft landed.

From below, there isn’t much to see. A photo Marshall produced showed that the site below the supposed crash site used to have many tanks used for some manner of gas production. Marshall said he can confirm the picture, he moved to the area in the 1970s, working at El Paso Natural Gas.