In New Jersey folklore, the Jersey Devil is a legendary creature said to inhabit the Pine Barrens of southern New Jersey, United States. The creature is often described as a flying biped with bat-like wings, horns, small arms with clawed hands, cloven hooves and a forked tail. 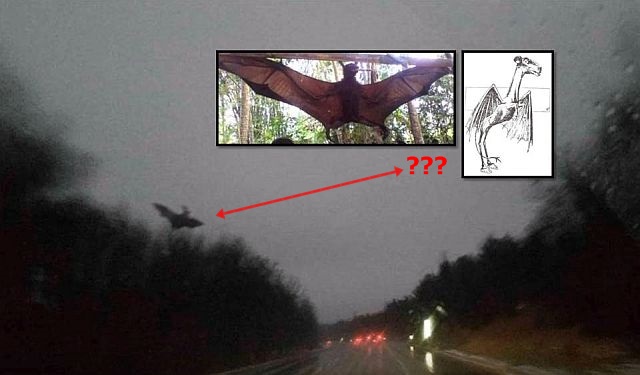 Whether it is folklore or not, recently a Pennsylvania construction worker says he photographed an unknown creature he believes “had the exact marks” of the Jersey Devil.

The construction worker said: “I was driving back from Philadelphia. I don’t really remember the exact part I was at but me and my friend were in the car and we saw what seemed to be a massive vulture in a tree, it was getting dark out, so we couldn’t make out the features well at all, thus I told to my friend to get out his phone for a picture.”

The Pennsylvania man said the creature began taking off the tree when his friend took the photograph.

At first glance the creature looks like a megabat like the golden-crowned flying fox which is one of the largest bats in the world.
This bat can reach up to 1.2 kg (2.6 lb) in weight and 1.7 m (5.6 ft) in wingspan and is endemic to forests in the Philippines. The question remains; his friend took a picture of a megabat similar to the golden-crowned flying fox or is it something that cannot be explained?