A team of researchers with the University of Edinburgh has found what they describe as evidence of a comet striking the Earth at approximately the same time as the onset of the Younger Dryas in carvings on an ancient stone pillar in southern Turkey. 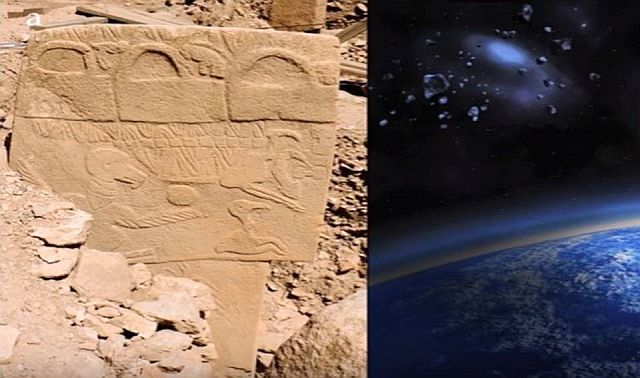 The group has published their findings in the journal Mediterranean Archaeology and Archaeometry.

Prior evidence based on ice cores taken from Greenland has suggested that a strike by a comet may have led to the onset of the Younger Dryas—a period of Earth cooling that lasted for approximately 1000 years.

Other evidence also suggests that the cooling period caused groups of people to band together to cultivate crops, leading to the development of agriculture, which in turn led to huge leaps in technological innovations and societal developments, i.e. Neolithic civilization. In this new effort, the researchers describe evidence they found on a stone pillar at Gobekli Tepe (the oldest known temple site) that aligns with the ice core findings—that a comet struck the Earth in approximately 10,950BC.