A Delaware witness at Dover described a silent, diamond-shaped object that momentarily hovered and slowly moved away that was eight miles wide and eight miles long, according to testimony in Case 82603 from the Mutual UFO Network (MUFON) witness reporting database. 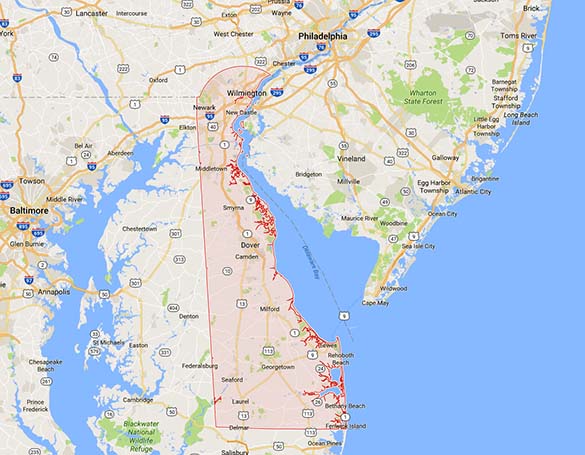 The object first looked like a plane as it moved over Dover, Delaware. (Credit: Google)

The witness was outside with a dog on March 10, 2017, when the incident occurred.

“I looked up in the sky as usual and saw four lights in the shape of a diamond,” the witness stated.“The way the lights were positioned it looked like a plane – one light in the front, one on each side and one in the back.”

But the witness was sure this was not a plane due to how low the object was and how large it was.

“A plane that low would make sound, but this made no noise and it hovered for a moment before flying. But what struck me was its size.” 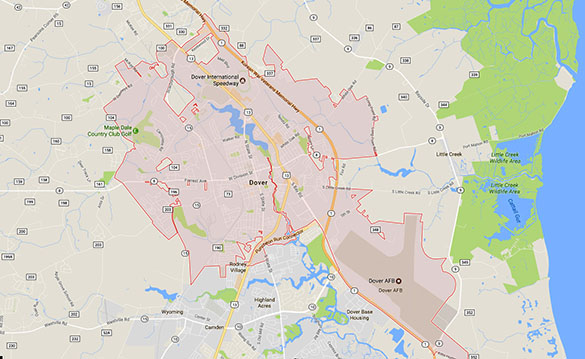 The object was described as being 8 miles long and near Dover AFB. (Credit: Google)

The witness lives near a military base.

“We live next to Dover AFB and see C5 airplanes all the time and this was not that. Plus, I come from a family of airplane enthusiasts. I’d say from its altitude, it was about eight miles in total length and width. There is no plane that big and it was completely quiet. I stared at it for about one minute and then it disappeared into the clouds. I know what I saw and I know for an absolute fact this was not an airplane. MUFON or someone needs to send an investigator to Delaware. This is my third report within four months. Plus, lots of other people’s reports. Something is happening in Delaware.” 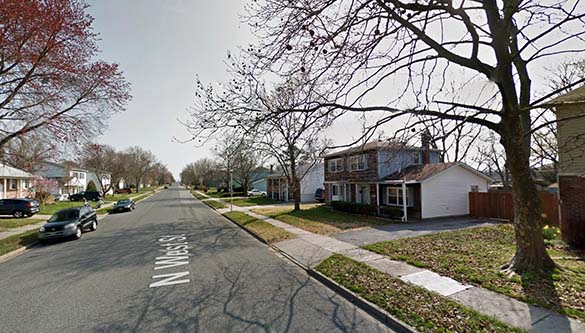 The object was silent as it moved across the sky as seen from the witnesses’ property in Dover. Pictured: Dover, Delaware. (Credit: Google)

Delaware MUFON is investigating. Please remember that most UFO sightings can be explained as something natural or man-made. The above quotes were edited for clarity. Please report UFO activity to MUFON.com.