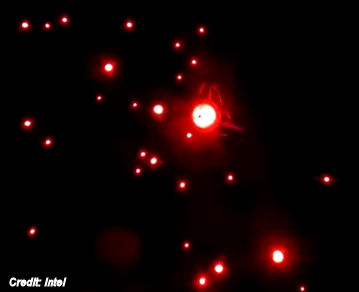 According to Intel’s own coverage of the HP-presented show, Intel collaborated closely with Coachella organizers to put the light show together in two weeks’ time. Featuring “dancing drones [that] took the shape of a ferris wheel, then a rotating windmill, palm trees and other colorful 3D animated objects,” the show gathered the biggest live audience yet – more than 100,000 people – of the Intel Shooting Star drones, the company says.