A California witness driving in an “extremely rural” area of Imperial County reported a late-night encounter with an object moving along at the tree top level, according to testimony in Case 82810 from the Mutual UFO Network (MUFON) witness reporting database. 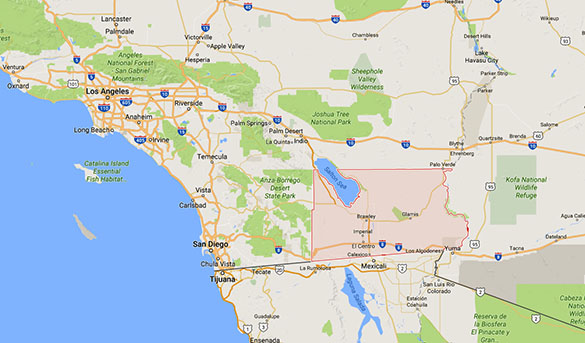 The witness was driving in rural Imperial County, CA, when the object was seen. (Credit: Google)

The witness was searching for a specific area at 2:30 a.m. when the incident occurred.

“I pulled to the side of a two-lane, paved road to check my GPS mapping,” the witness stated.“I observed two white lights traveling in a slow and seemingly aimless manor to my west between 10 and 30 degrees above the ground. The distance was hard to judge due to the darkness and terrain, however, my best estimate would be less than a mile.”

The witness got out of his vehicle and leaned against the front fender to smoke a cigarette.

“I watched curiously as the lights drifted and floated silently in the sky. I got back into my car and drove up the road approximately 100 yards in order to see if I might get a better perspective. Upon exiting my vehicle, the lights appeared a little closer, however, I still heard no sound coming from the direction of the lights.” 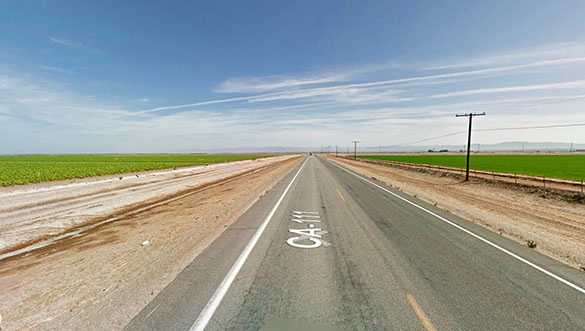 Then the lights disappeared.

“Approximately 30 seconds later the lights simply disappeared. No bright flashes. No speeding off into the distance. They just vanished from my view. Puzzled, but not concerned, I stamped out my cigarette and got back into my car.”

But the witness was quickly startled again.

“Before I had a chance to start the engine, a man seemingly appeared out of nowhere behind the driver’s left rear of my car. I was quite startled by his sudden appearance, but for some reason I wasn’t frightened. He was dressed in dark clothing and I remember his shoes were noisy, like hard soles on gravel. Being startled as I was, I quickly said to him, ‘holy (deleted) dude, you just scared the crap out of me.’ He didn’t bend down to my window. He just stood there. Then he asked in a very casual manor if I needed directions. I told him that I was good and that I was just watching the lights. He didn’t say anything else. He just turned around and walked away as if he was returning his car.” 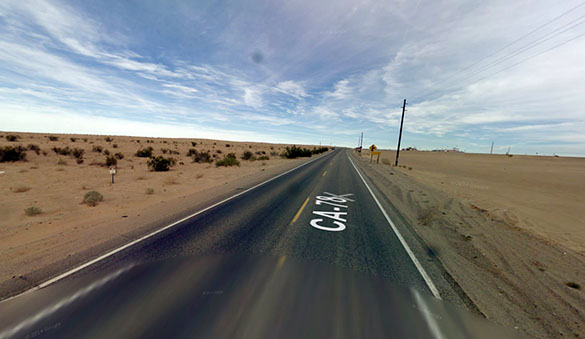 The object eventually vanished from view and the witness had an odd encounter with a man walking along the isolated roadway. Pictured: Imperial County, CA. (Credit: Google)

The witness tried to see where the man would go.

“I tried to watch in my mirror to see where he had pulled off the road, but there wasn’t anything like a vehicle that I could see, and he was no longer in sight. I started my car and drove off very confused about what had just happened. I have purposely omitted some details that I feel may seem like the ramblings of a crazy UFO nut or may put me in peril.”

The witness reports that the object’s lowest altitude was at the tree top level and that it appeared to be more than 500 feet away, but less than one mile away.

Imperial County, Texas, has a population of 174,528. California MUFON Field Investigator Linda Fletchtner is investigating. Please remember that most UFO sightings can be explained as something natural or man-made. The above quotes were edited for clarity. Please report UFO activity to MUFON.com.