An orb that changes colors was caught on the NASA Livestream filmed from the International Space Station on April 27, 2017. 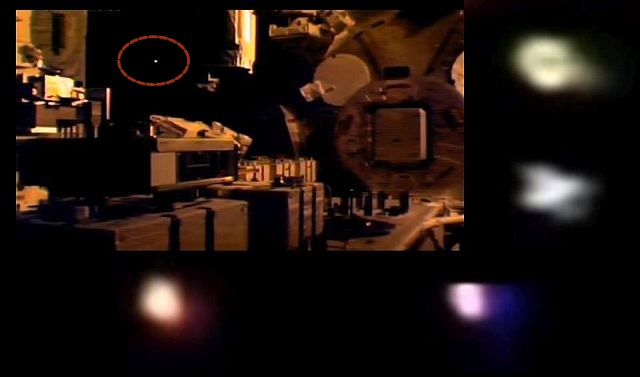 At the moment NASA were panning the camera a little they spotted the colorful orb on and decided to zoom away from the object. Then after that they held for a minute and went to blue screen.

Despite NASA cut the camera feed so quickly even though the orb was very distant, Streetcap1 still managed to get the moment the orb comes into view including a couple of frames to enlarge.