A California witness at Pioneer reported watching two objects the size of a pencil emitting light and hovering near deer just 10 feet off the ground, according to testimony in Case 82988 from the Mutual UFO Network (MUFON) witness reporting database. 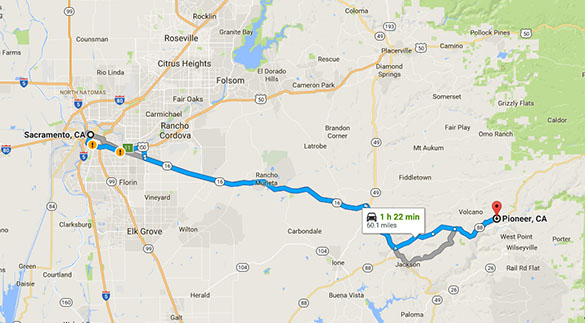 Pioneer is about 60 miles southeast of Sacramento. (Credit: Google)

The witness was in her living room doing housework when she noticed a pulsating light down the hill from her location.

“I looked and then looked again,” the witness stated. “I saw a pencil-like, definitely light-emitting ‘thing’ hovering. Then I noticed a second one, only it was pulsing slower. It was approximately 10 feet off the ground.”

“No rotor, no feet, no noise, definitely larger than a pencil, but pencil-like. The second object was moving around a tree, first one side,and then the other, almost like it was trying to hide.” 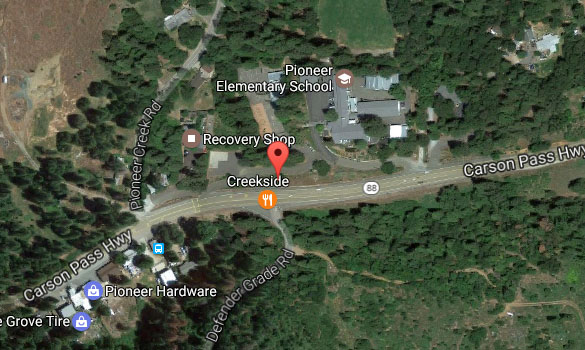 The witness said that she did not take a picture because there are a lot of trees and the object was small and would not have stood out in any picture.

“It was below me, but I knew if I went outside, it would have left when I opened the door and made noise. At first I thought it was something hanging from the tree, but the longer I watched, the more I realized that I was actually looking at a UFO.”

“The main object (the one not hiding) pulsated light the entire length, but not the whole thing at once. It was like small lights all along the thing pulsing. Same for the other unit. The deer didn’t seem to be bothered much by the item, but it definitely knew it was there as it kept looking at it.” 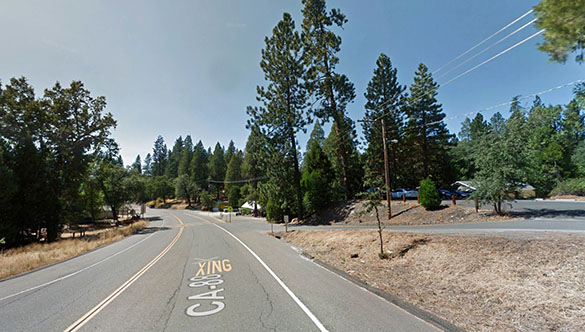 The deer near the objects seemed to take notice to them, but continued to eat. Pictured: Pioneer, CA. (Credit: Google)

The witness continued to watch.

“I was standing up, so I went to get a chair, and then watched for an additional 5 to 7 minutes. My phone rang. I went to answer it, and when I came back, both objects were gone. I know what I saw, and even though this might not be a large sighting, I wanted to report it as it was such an odd shape (to me) – one I wasn’t familiar with. I called my family to tell them what I saw, as we have been familiar with UFOs our entire lifetime. I wondered if these things were ‘monitoring’ the deer somehow. I’m sure they did not know I was watching. The rate of the pulse of light on the ‘main’ object varied, first fast, then slower, then fast again.”

Pioneer is in Amador County, California, population 1,094. MUFON California State Section Director Nancy Felipe is investigating. Please remember that most UFO sightings can be explained as something natural or man-made. The above quotes were edited for clarity. Please report UFO activity to MUFON.com.