The following incredible images were taken by a photographer last year on July 24, 2016 when he and his parents were on vacation in Sedona, Arizona staying at the Sunset Chateau. 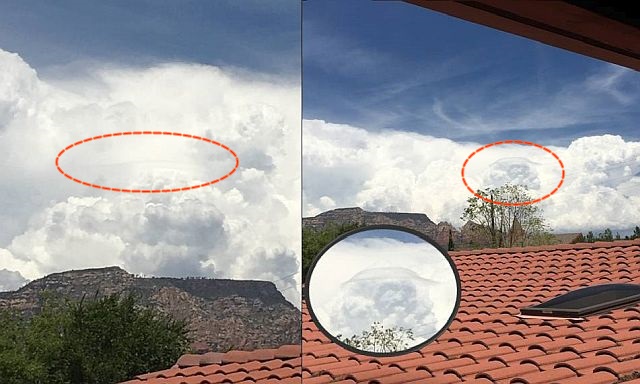 The photographer states: There was a panoramic view of the sky from the balcony in our room where we would often go out and enjoy the beautiful scenery around us.

One day when I went to do so, I noticed something strange. There was an extremely large dome-shaped translucent figure hovering in the sky right before my eyes.

I immediately recognized the shape of it as something like a flying saucer.

I sat there and stared at this enormous figure in the sky for a couple minutes before I went inside to find my parents and bring them outside to show them.

Once my parents confirmed that it was indeed out of the ordinary, I began to take pictures. After approx. 7 minutes, the figure disappeared leaving a poof of clouds. 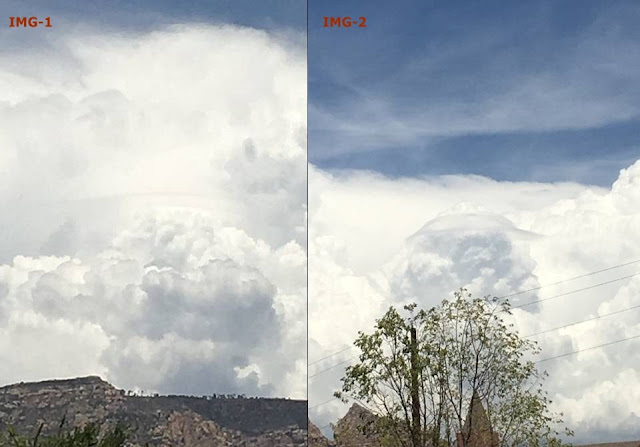 However, I was still staring at the sky memorized by what I just saw when the figure appeared again; only a small distance to the right of where it was before. About the same amount of time passed when the figure disappeared in the same manner again and never reappeared. Since this event is still in my mind I have decided to report it to Mufon under case 83628. 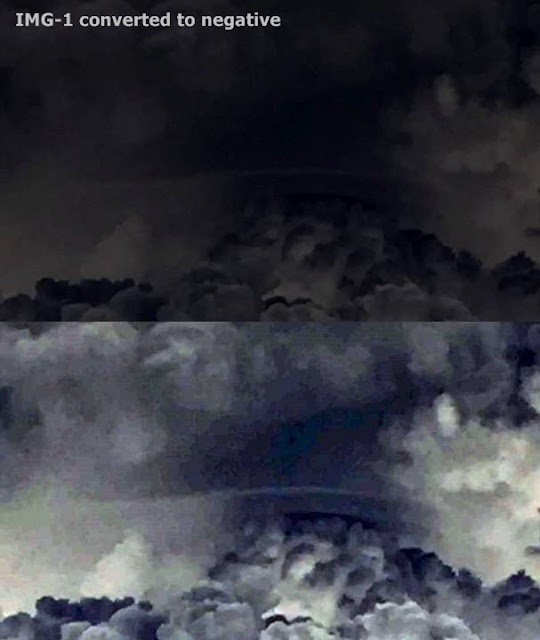 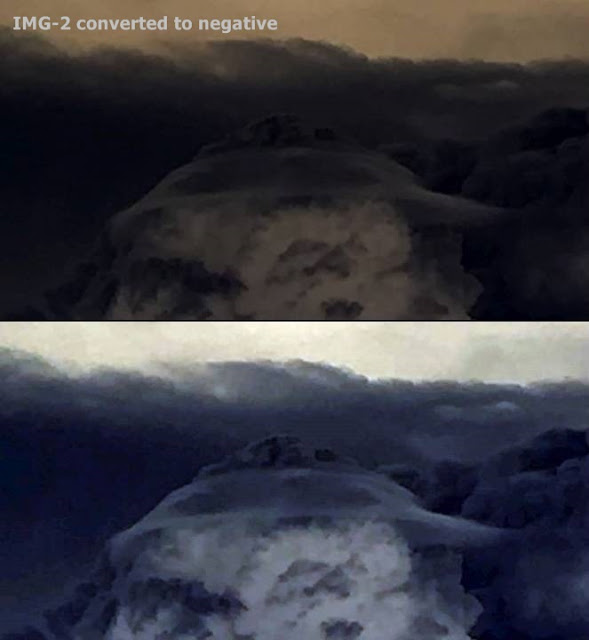 Editor’s Note: I have converted the images into negative to check if the original photos were edited or not but so far I cannot find any irregularities in the pictures. In my opinion, both negative images also clearly show the shape of a dome-like flying saucer.