Is there something on the surface Mars they don’t want us to see? Yes there is! The surface of Mars shows a wide range of strange tiny forms of life, like the one depicted in the image below. 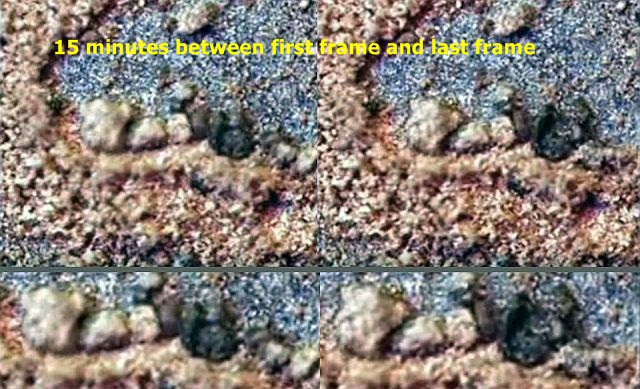 Strange, unexplained discoveries have been made in recent years throughout our Solar System. Mars by far shows the best potential for having supported an ancient civilization in the distant past. Based on the demonstrated evidence there is a strong probability that advanced life on Mars was a precursor to life here on Earth.

The connection between lost ancient civilizations elsewhere in our Solar System and technology on Earth is this: if many of these structures are artificial by design then the intelligence that built them and which lived on or visited them could very well have been affiliated with Earth’s development in antiquity. Simply witness the uncanny resemblance of Martian structures and monuments to those here on Earth.

In the following video researchers show and explain several artifacts including the monolith on Mars and surface anomalies. From the 15.22 mark you can see some forms of life which move on the surface of Mars.