A California witness at Escondido reported watching six groups of multi-colored lights in vertical triangular shapes hovering about 500 feet over nearby tree tops, according to testimony in Case 83262 from the Mutual UFO Network (MUFON) witness reporting database.

“One large, vertically-oriented triangular arrangement of multi-colored lights was seen hovering about 500 feet above the tree tops between one-half mile to one mile away,” the witness stated. 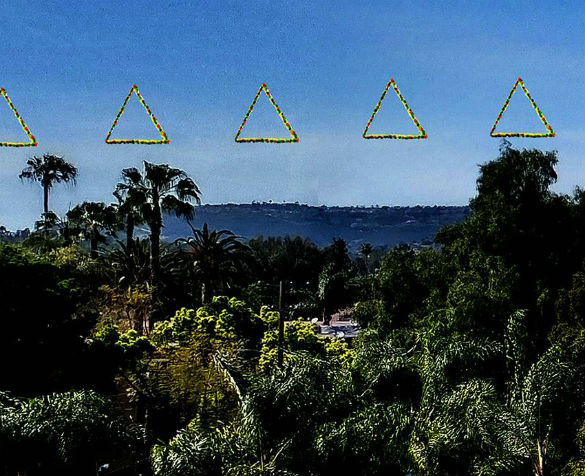 But there was more than one object.

“Five more smaller, triangular arrangements of multi-colored lights were seen to the west at a lower altitude, just above the tree tops. The five smaller triangles slowly moved to the west during this 15-minute observation, until they disappeared into clouds.” 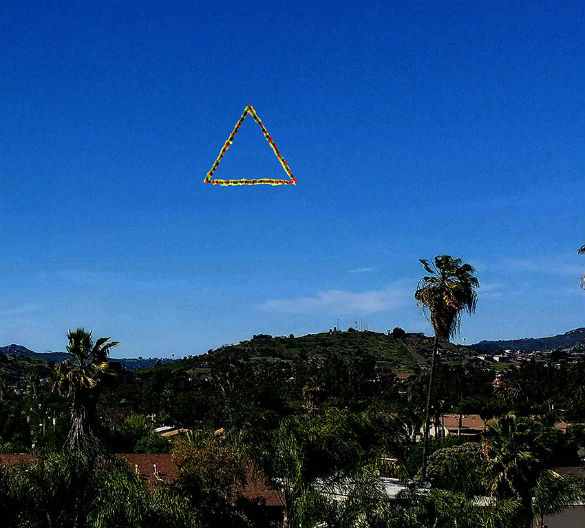 California MUFON Field Investigator Gary Buzel is investigating. The witness included one illustration with the report, which was filed on April 21, 2017. Please remember that most UFO sightings can be explained as something natural or man-made. The above quotes were edited for clarity. Please report UFO activity to MUFON.com.