Press release, 13 May 2017
(The UFO Chronicles, 14 May 2017)
Quote from the article:
“The reality of UFO incursions at American nuclear weapons facilities has been convincingly established. Hundreds of U.S. military veterans now openly discuss these ominous incidents and thousands of declassified government documents substantiate their revelations.
Over the past four decades, renowned researcher Robert Hastings has interviewed more than 150 of those veterans regarding their involvement in these astounding cases. On September 27, 2010, CNN live-streamed his UFOs and Nukes press conference in Washington D.C. during which former U.S. Air Force officers described numerous nuclear missiles mysteriously malfunctioning moments after a disc-shaped craft was observed hovering near their underground launch silos.” 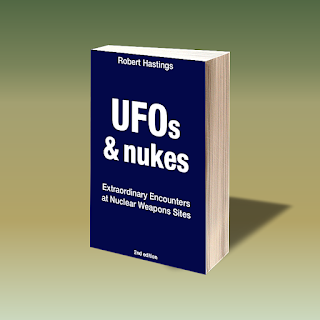