Reposted from GreWi with permission.

Saarbrucken (Germany) – Since it became known in Autumn of 2014 that contrary to the claim that the British Ministry of Defence (MoD) has released all of its formerly secret UFO-files already back in 2013, still 18 files of the MoD’s former UFO-Bureau files were held back, UFO-researchers as well as historians look forward to the release of those files, that has been postponed repeatedly since then. As even the latest release date given – March 2017 – has passed, Grenzwissenschaft-Aktuell.de (GreWi), a German newsblog on frontier science and the paranormal, has asked back at the British National Archives and presents now again exclusively the latest explanation for the ongoing delay. 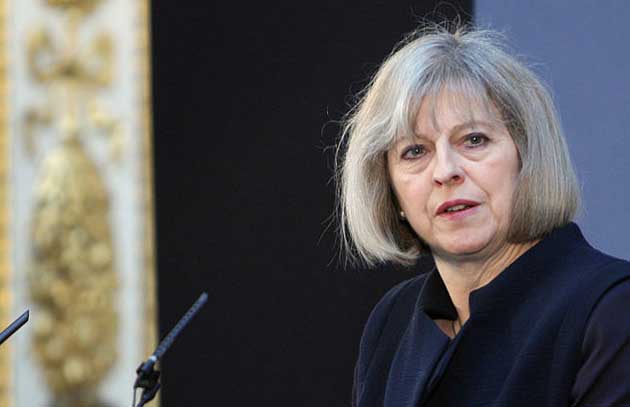 The early United Kingdom general election called by Theresa May for 8 June 2017, also delays the release of the last secret UFO-files by the British Ministry of Defence (MoD).
Copyright: Foreign and Commonwealth Office / (via WikimediaCommons) CC BY-SA 2.0

As a spokesperson of the National Archives explained to GreWi-editor Andreas Müller, the current delay is due to the Brexit-related United Kingdom general election which takes place on 8 June 2017.

“(…) Due the upcoming election here in the UK and the rules relating to government departments during the pre-election period, the files will not be released until after the election. We are working to ensure that the files are ready for release as soon after this period as is possible: hopefully around the middle of June.”

Part of the yet to be released UFO-documents are filed under the title “UFO-Policy” and date from 1971-76 and 1996-2000. Three other files cover June-December 2000, December–March 2004 and March 2004. Furthermore the MoD also confirmed that some files cover topics like “Air Traffic Controll Low Flying UFOs” as well as so-called “ADGE UFO Reports”, which experts assume that they are UFO related documents from the radar unity “Air Defence Ground Environment”.

Some observers even anticipate that parts of the files will include also new information about the so-called Rendlesham Forest Incident, when in December 1980 staff of the military RAF-bases Bentwaters and Woodbridge (used at the time by the U.S. Air Force) allegedly observed the landing of an unidentified flying object at close range.

Contrary to its claim in 2013 that now all of its formerly classified UFO-files were released to the public via the National Archives, in 2014 the MoD had to confirm that 18 of such UFO-files were still held back. However, a publication of this files was initially announced for 2015 – but the date was delayed into early 2016, then to summer 2016 and then again into August. In August it was said that the release was again rescheduled and that the files would not be published before early 2017.