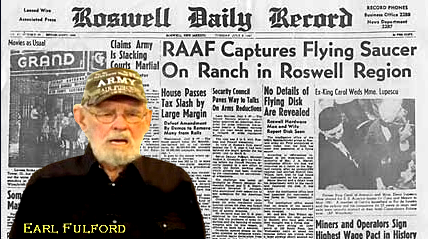 He was stationed at Roswell Army Air Field in 1947 when he was ordered into the so-called UFO debris field for cleanup detail. Joined by more than a dozen other grunts, and under the hawk-eyed command of MPs, Fulford described gathering more than a dozen foil-like strips of memory metal, which morphed into their original, wrinkle-free shapes after he crumpled them in his fist.