A friend sent me these photos taken in Phoenix, Arizona on July 29, 2016 while driving on the freeway. He was initially taking pictures of the storm clouds but did not see the object in question until later when looking at the photos at home. 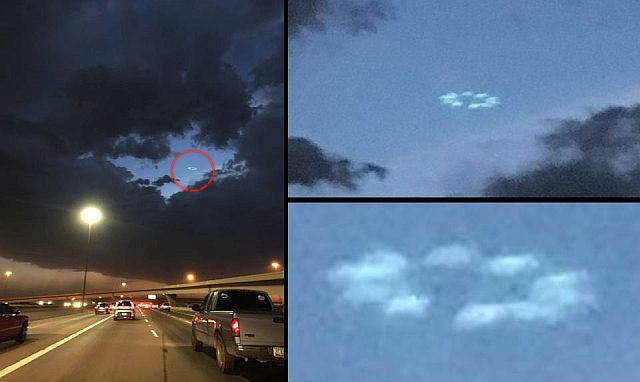 I am sharing because I believe these photos are real and show an unusual object that looks like a circle of lights floating between the clouds. 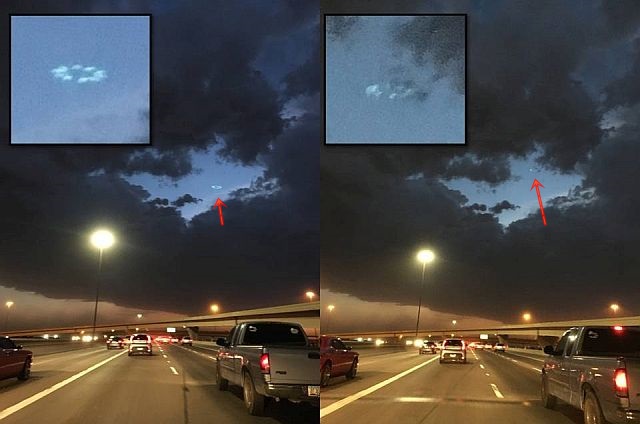