A Virginia witness at Colonial Heights recalled a UFO encounter from the 60s when one large object emitted multiple, smaller objects, according to testimony in Case 84050 from the Mutual UFO Network (MUFON) witness reporting database. 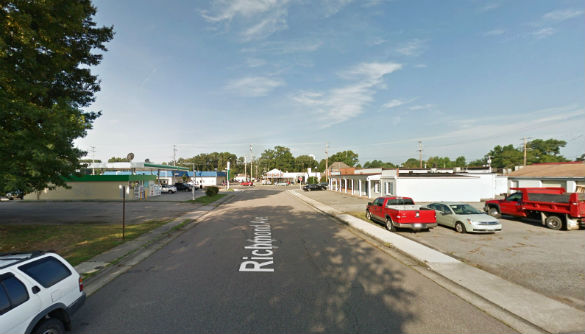 The witness first saw a bright light in the sky. Pictured: Richmond Avenue, a half block east of the Boulevard. (Credit: Google)

“I was probably about 15 or 16 years old at the time,” the witness stated.“I don’t remember wearing a heavy winter coat, so I believe this happened during a fair-weather month. Probably autumn. I lived on Richmond Avenue in Colonial Heights, about half a block east of the Boulevard. When I saw the object in the sky, I called two neighbor kids out to watch it with me.”

The sighting was in early evening around 7 or 8 o’clock – not long after dark.

“The entire time period of the sighting lasted for about 20 to 30 minutes. The object appeared to be a very bright star, approximately east-northeast of the intersection of Richmond Avenue and the Boulevard. At the time, I believed the bright light to be over the Fort Lee Airstrip. However, there was no way of knowing just how far or near the object was. Also, there was no sound.” 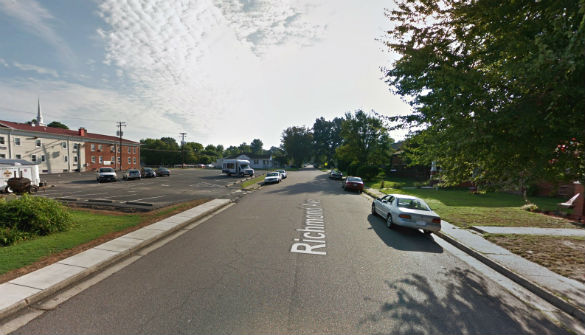 The witness watched as many, smaller objects moved out of the larger object. Pictured: Richmond Avenue, a half block east of the Boulevard. (Credit: Google)

The witness described the sighting.

“There was a very bright light that looked exactly like a star in the sky. As time passed, a small light slowly left the bright light and appeared to come forward and to the right side of the main light. After a minute or two, another small light slowly left the object and came forward and to the left side of the main object. This continued until there were about 11 objects in the sky.”

The main object’s brightness seemed to change during the event. 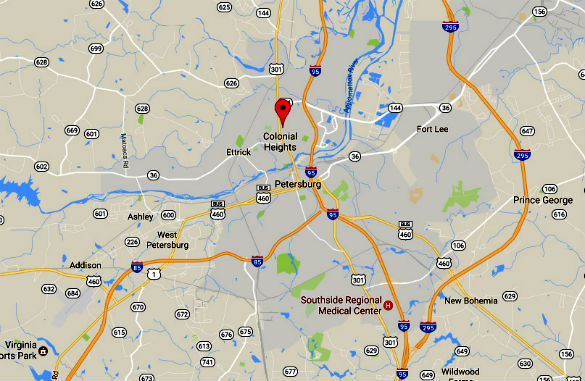 The witness wondered if there was a simple solution to what was seen.

“The only way I can imagine anyone duplicating what we saw would be if they lined up 11 helicopters in a line east to west. Then turned on their searchlights. Then kept the front of each helicopter facing west. Then left the line one at a time and moved away from the line. Then hovered for about a minute after all the other helicopters moved out to take similar positions. Then moved back into formation without turning around. Then backed away until they went out of sight. Likely? I think not. Was this a UFO? I don’t know, but I cannot explain what we saw in any logical way. As far as I’m concerned, it was a UFO and because of it I find it easy to believe others when they say they have seen a UFO.”

Colonial Heights is an independent city in Virginia, population 17,411. Virginia MUFON Chief Investigator Ben Moss closed this case as Information Only. Please remember that most UFO sightings can be explained as something natural or man-made. The above quotes were edited for clarity. Please report UFO activity to MUFON.com.