A photographer was looking at the sky on June 19, 2017 ready to take images of the clouds when he observed a round red star-like object in the distance between cloud layers. 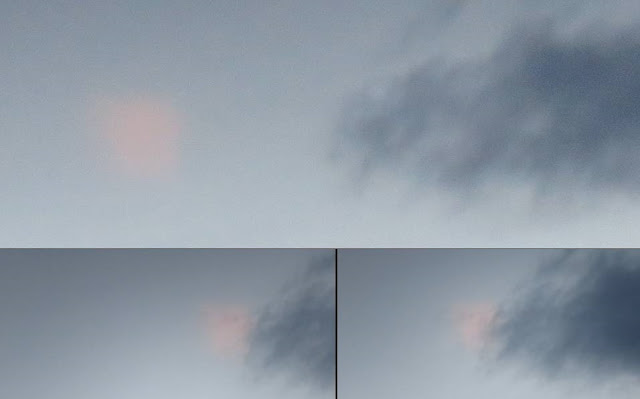 The photographer said: I was on the back porch at 9:34 PST, East Wenatchee, Washington looking north in the sky. Between the cloud layers I observed a round pinkish red object.

The star-like object was visible in the North and it did not move while the sun was setting to the west, and the moon isn’t full until this Saturday.

A cloud was moving in front of the object, and when the cloud passed, the object was gone.

I only had a few seconds to take some images, which I have submitted to Mufon case 84503, and it was quite a ways off so it was hard to zoom. I wish I had more time to observe this object. 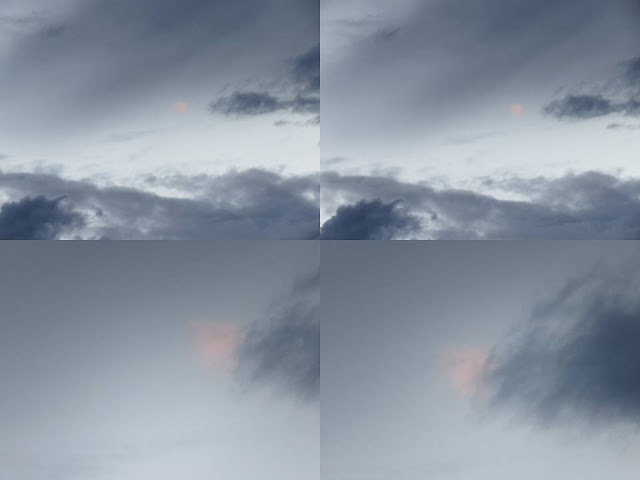 The photographer accidentally has photographed the purifier red star Kachina?

According to the Hopi Elders – The red katchina will bring the day of purification. On this day the Earth, her creatures and all life as we know it will change forever. There will be messengers that will precede this coming of the purifier. They will leave messages to those on Earth who remember the old ways.