On June 21, 2017, a couple witnessed a very strange event in the sky over Montrose in Colorado. 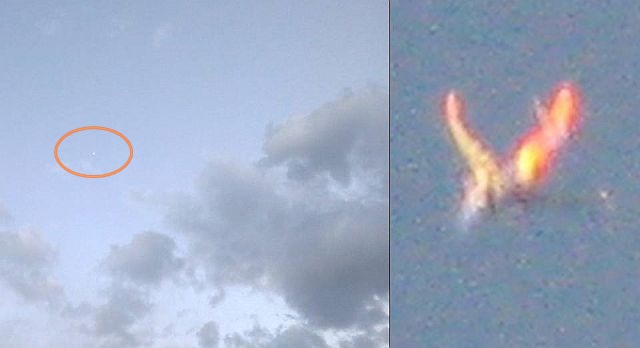 I took video with my phone while he took still pictures a second one came from the same direction we have pictures and video, best description as a phoenix or angelic form.

Body long silver jet type or cylinder, with a possible nose pointing downward. Wings that were curved upward 80 degrees towards atmosphere that were fiery orange very bright and a triangular transparent veil that looked translucent seemingly hanging off left wing with bright orbs, we are not sure if it circled our city twice or there were 2 one following the other.

It was cloudy on June 21, 2017 and they both went northeast from the west into the clouds but not together they were separate in timing, possibly they were separate entities or one that was circling city could not see them circle because of the overcast in the northeast. 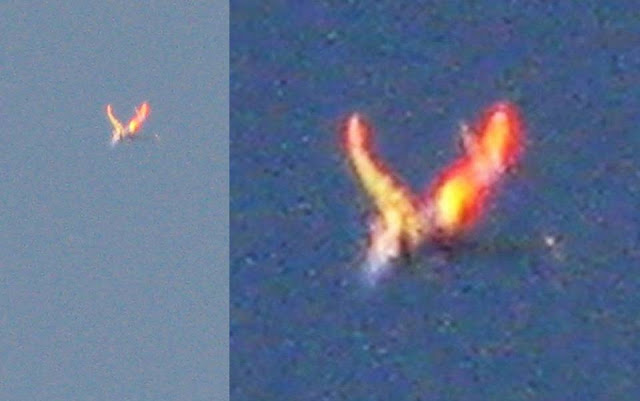 We couldn’t visually see the shape until we downloaded photos on the computer. We were excited and nervous and we never have seen a machine that could even look like anything of this world this is not the 1st time we have seen UFO’s out here, though this one was different then the last 2 we saw that were together hovering over Burger King about 4 years ago. Mufon case 84548.
Video: https://www.mufoncms.com/files_jeud8334j/84548_submitter_file2__WP20170621004.mp4