The following video clip shows a strange phenomenon in the sky over Texas filmed on June 17, 2017. 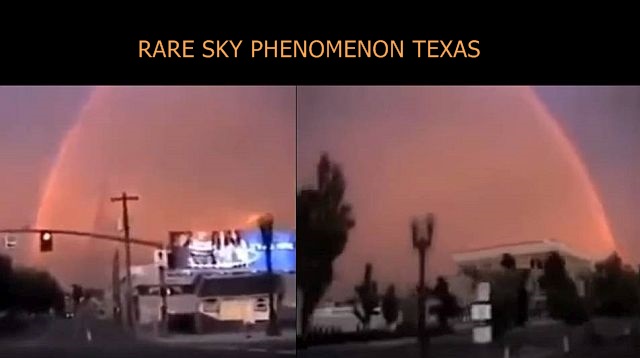 There is much discussion on what the orange/red spherical shape could be and although the people involved in the clip were convinced it was Niburu, the phenomenon is absolutely not the infamous planet Nibiru or planet X.

It is hard to say what it is but since it is raining in the clip it could be a double rainbow or a sun dog? Or the phenomenon is the end effect of heavily spraying in the skies over Texas?

Check out the video clip so you can decide for yourself if it is a natural sky phenomenon or something else.