Using Google Earth I stumbled upon a strange object on the slope of a mountain range on an island off the coast of Antarctica. 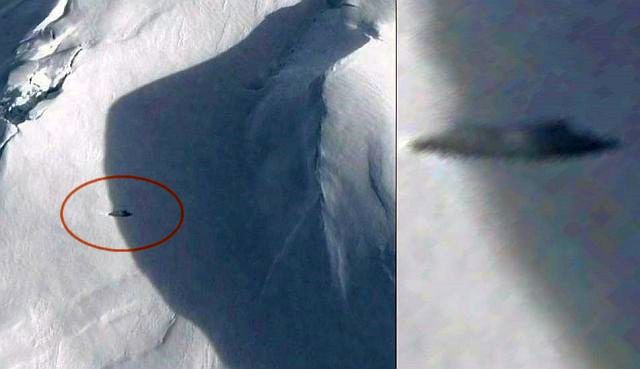 After zooming in on the out-of-place object it appears to be a UFO partially buried within the ice.

Suppose the object is not a ridge or part of the landscape but indeed a UFO and you compare the Antarctica UFO with some types of Nazi UFOs, like the Haunebu, then there are some remarkable similarities, like the windows in the upper part of all the UFOs. 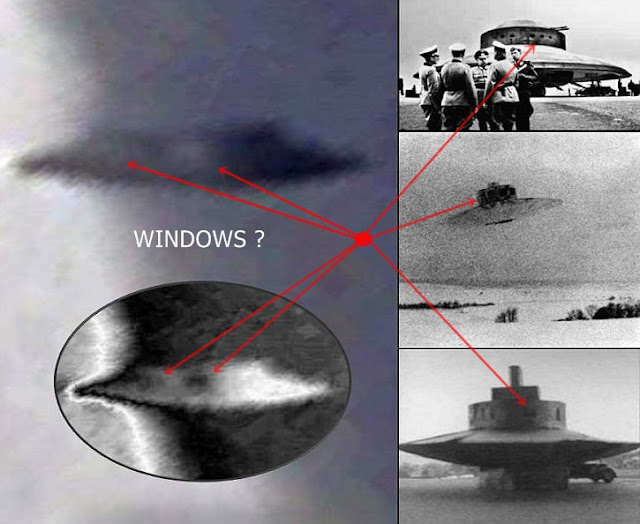 So, it is possible that the object is one of Hitler’s post-war survival ‘Antarctica’ UFOs, a more than 70-year-old Nazi UFO, which has become partially visible due to fast melting ice sheets caused by the ongoing climate change? 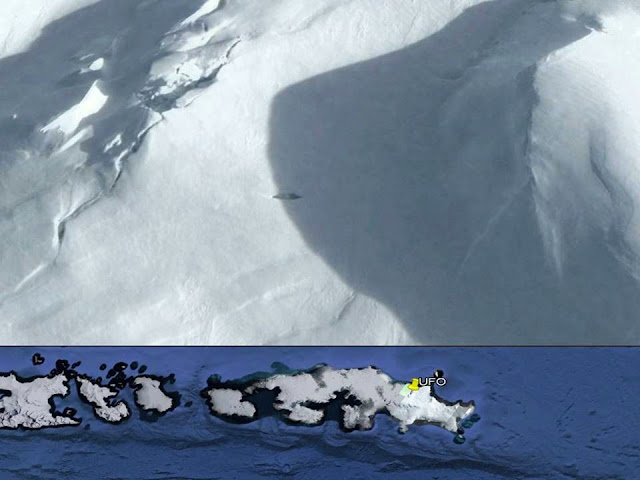