How often does lightening just hit bare ground? Seems like a 1 in a million chance?

As it seems extremely unlikely it happened at Yellowstone National Park where a massive lightning struck the geyser next to Old Faithful in the Norris Geyser Basin. 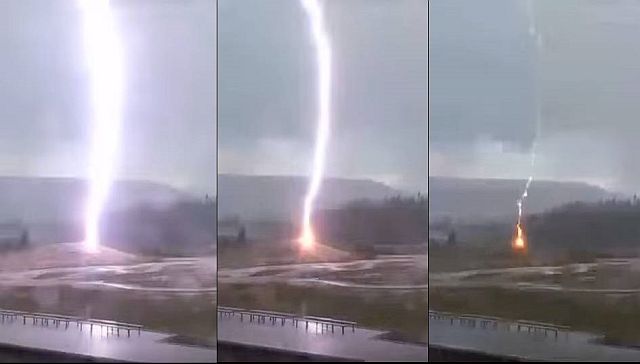 Is it possible that as a result of electrons building up because of the increased magma flow mixed with water the geysers have changed into conductors?

With more than 11,000 cubic miles of magma is waiting to burst from beneath the world’s most dangerous super volcano it is the question if such a massive lightning strike can trigger the magma reservoirs closer to the surface of the volcano.

Let’s hope this lightning strike was the 1 in a million!

The event was captured by the Yellowstone Study Group on June 27, 2017.