By Bill Chalker, 2 July 2017
(The OZ Files, Sydney, Australia)
Quote from the article:
“The evolution of Defence Science in Australia has from time to time thrown up some interesting intersections with the UFO controversy. In my previous post The Joint Intelligence Organisation (JIO), the Defence Science & Technology Organisation (DST), the Sea Fury Encounter and UFOs I provided a link to my earlier research (2007 – 2008) on the JIO involvement and the legacy of Harry Turner. Part of this was also described in my Australian chapter contribution to the UFO History Group book ‘UFOs and Government’ (2012). Both described some of the material that I found in the UFO files of Harry Turner he kindly shared with me:
‘Other omissions in the JIO file released to Keith (Basterfield) may have been due to typical file attribution effects and file ‘borrowings,’ sensitivities about the material or other matters, rather than any inherent substantial content. For example there is a Department of Supply internal memorandum from the Radar and Electronic Group: ‘Regarding Recent Symposium on UFOs’ which discusses the 1971 ANZAAS UFO symposium. Another describes a sighting by crew of an ANL ship off Pipon Island in 1966. Other similarly miscellaneous content may lurk in other agency files and their presence in the papers of a JIO scientist may be just due to a variant on the ‘lightning rod’ principle.’ ” 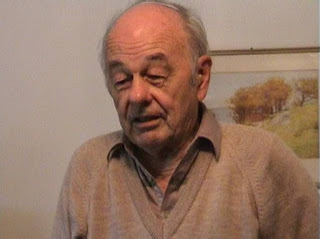 Harry Turner, former head of the nuclear scientist section of the Directorate of Scientific and Technical Intelligence (DSTI) within the Joint Intelligence Organisation (JIO)
(3.bp.blogspot.com/theozfiles.blogspot.com photo)