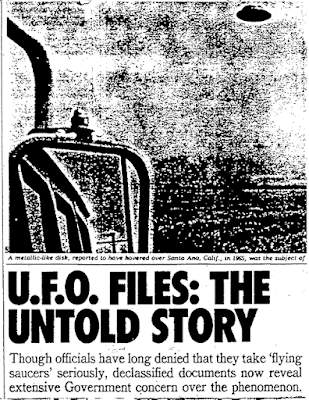 Air Force records show that the C.I.A. was notified several times of these [UFO] penetrations over nuclear missile and bomber bases

Numerous daily updates kept the Joint Chiefs of Staff informed of these incursions by U.F.O.’s in the fall of 1975. Representatives of the Defense Intelligence Agency and the National Security Agency as well as a handful of other Government desks received copies of the National Military Command Center’s reports on the incidents. One report said that an unidentified object “demonstrated a clear intent in the weapons storage area.” …