Is it possible that a plane passenger has photographed the mysterious and secret TR-3B?

Witness states: I was traveling (passenger), north on I-185 in west central Georgia, around 1:30 am.

With my iPhone, I was taking pictures of the clouds illuminated by the moon. I took 40-50 pictures, and saw only the beautiful clouds. 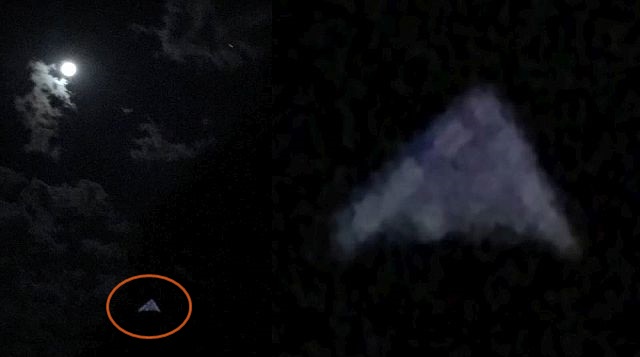 In the morning I was going through the pictures, and was shocked and excited to see some type of craft in two of the pictures.

It’s shaped similarly to our stealth bombers, but not exactly. Also, it was glowing, and/or reflecting a bluish white. I have no idea what it was. I’ve shown the pictures to many people, and like me, they were clueless as to its identity. 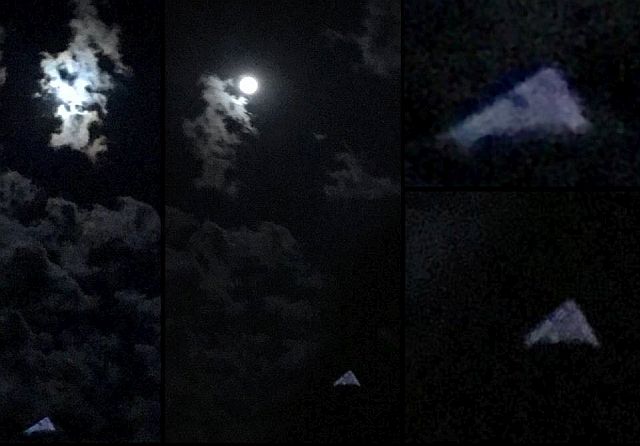 Note: The TR-3B doesn’t exist officially but the allegations are that these spy crafts are created at top-secret military bases like Area 51, in Nevada, by reverse engineering alien technology.

It uses highly pressured mercury accelerated by nuclear energy to produce plasma that creates a field of anti-gravity around the craft. The plasma generated also reduces radar signature significantly. So it’ll be almost invisible on radar and remain undetected.