On March 11, 2012 a giant sphere appears in the sun’s corona that seems to harvest energy from the sun before it zips off. 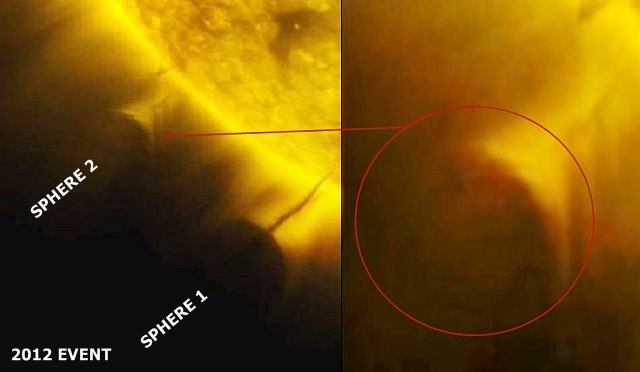 The curious object, interpreted as giant UFO, caused a stir among the UFO community but was quickly dismissed by NASA who explained that it was a coronal cavity associated with a filament.

But not everyone was convinced by NASA’s explanation and to date this remarkable event is being analyzed by UFO hunters, like UFOvni2012, who after analyzing the event again, claims that there was a second sphere in the sun’s corona.

In the next video UFOvni2012 shows us the giant sphere and the supposed second sphere. Decide for yourself whether these spheres are alien spacecraft or coronal cavities associated with filaments.