Was a Dwarf Star/Planet in close proximity to the earth yesterday, August 1, 2017? 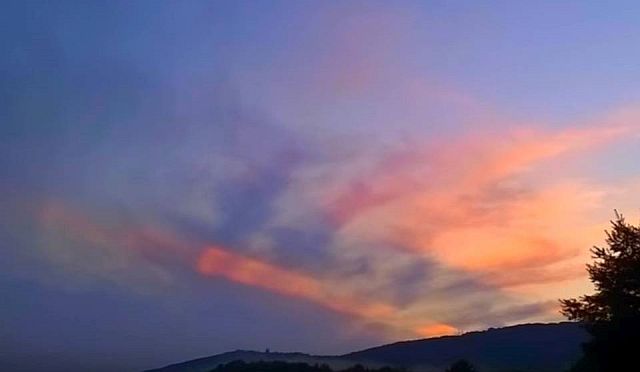 The sky around earth at various times and locations displayed some unusual beams that appeared to follow the sun as they traveled from east to west across the country, spotted in the east first and hours later in the west.

In the hours prior to these sightings giant space lightning was recorded over in Central Europe.

Most remarkable; all of these sightings were within a few hours of each other consistent with the rotation of earth.