An invisible V-shaped UFO anomaly flying over Bucharest, Romania on July 15, 2017 was captured by Mihai Daniel Dragu, while using a thermal camera. 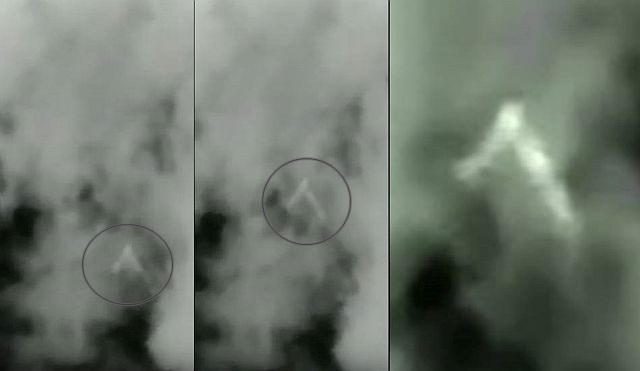 Mihai Daniel Dragu: “This is the third attempt to film a disc shaped UFO which I saw it without having a recorder installed but I was very surprised that I got something quite different.”

“This very strange V-shaped object, which is not asymmetric, could not be seen with the normal eye, and could be seen only after the heated water vapors from clouds left from some process used in flying technology.”

“By the way, there was no giant plane flying over me that night.”