The High Resolution Imaging camera on board the Mars Reconnaissance Orbiter has captured a strange spot on the surface of the planet Mars. 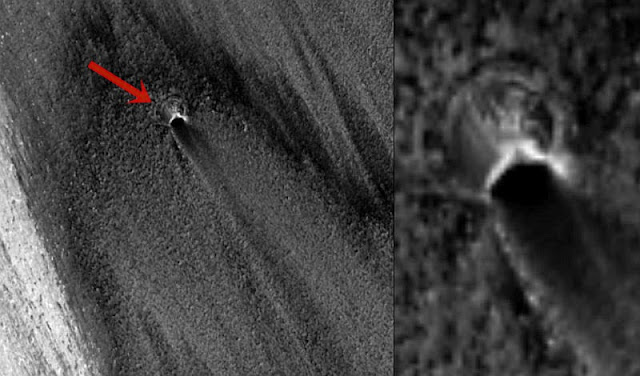 According to NASA/JPL the remarkable spot is a small crater on North Polar layered deposits.

But is it just a crater? If you look at the original black and white HIRISE image then it seems as something has crashed, leaving a trail behind or could it be the entrance to an underground alien base, given the unnatural looking structure? 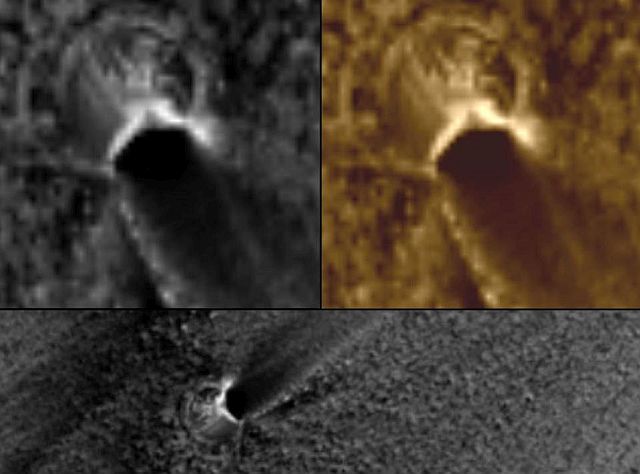 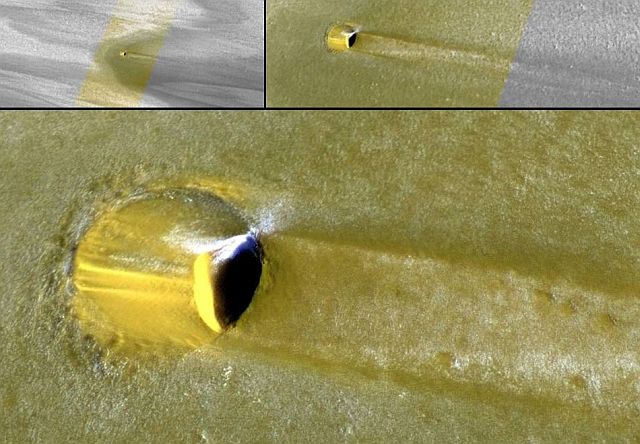 Crashed UFO, underground base entrance or just a crater?