The witness departed on the 19th-century Durango and Silverton Narrow Gauge Railroad steam train which passes mountains and canyons on May 8, 2017 at about 9.00 AM. 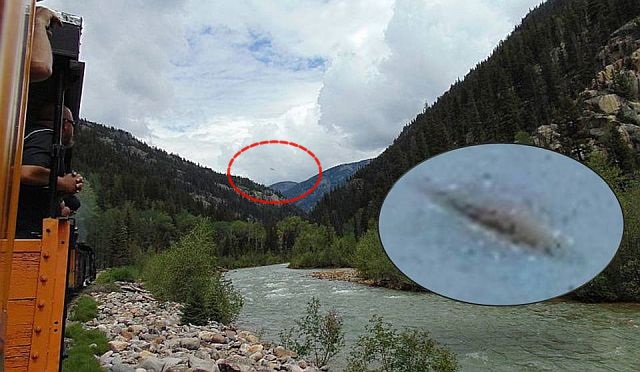 As the train was traveling he was taking numerous photos of the breathtaking scenery until he reached Silverton.

Later that evening at the motel he downloaded the photos from his camera to his laptop and was going over them. He noticed in one photo that it had some kind of an object or bird looking thing in the background. 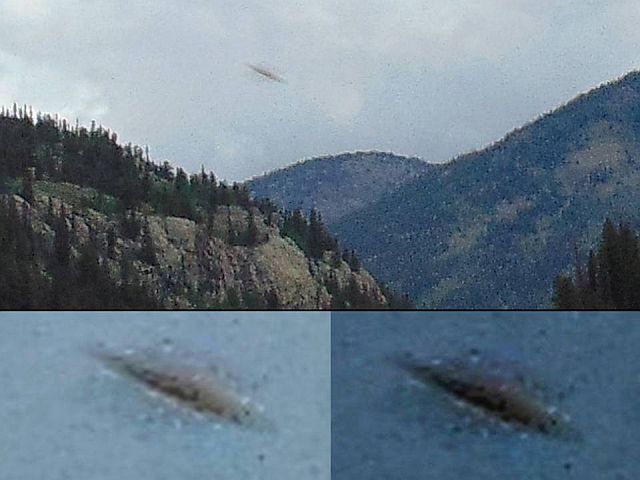 The photographer then zoomed in the photo and noticed it was some type of an object above one of the mountains which he described as a cigar-shaped and rocket-like UFO. 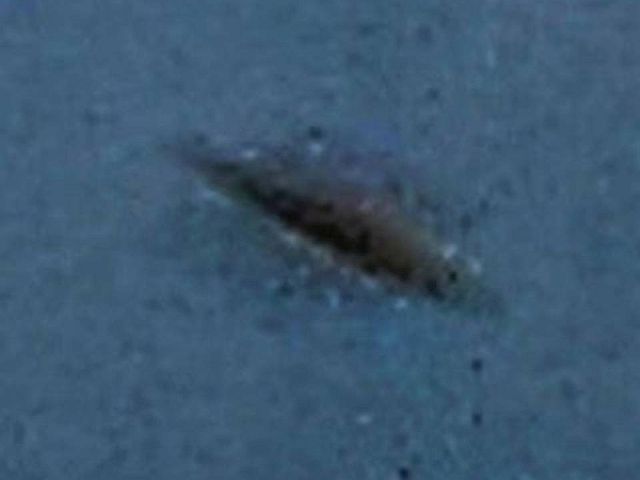 The only time he saw the object was in the photo and never noticed it as he took the photo. Images of the odd object were submitted to the Mutual UFO Network (MUFON).