Jay Sullivent heard a loud bang and thought there had been a car accident on the road in front of his house in Appling, Georgia on July 21, 2017. 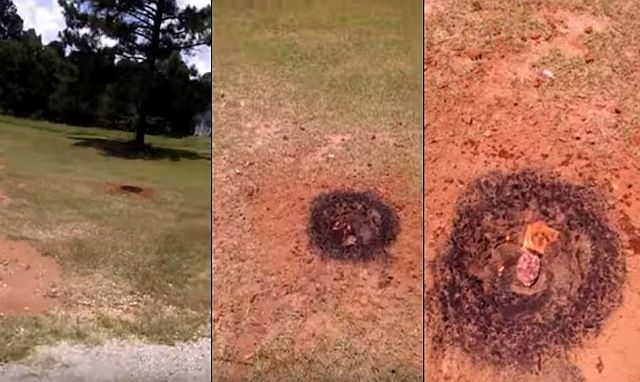 According to CratersNews, he went running outside but instead of a car accident he discovered a burnt circle of grass in his backyard with smoke still rising from it.

Approaching closer he discovered a flame and a small piece of pink colored rock in the middle of the spot and concluded that it was a small meteorite, before he took it out of the hole.