More amazing examples of Climate Chaos as it becomes a daily feature of the news somewhere on earth.

As extreme weather phenomenon is increasing everyday and seems to be strengthening we may wonder whether it is all connected or not. 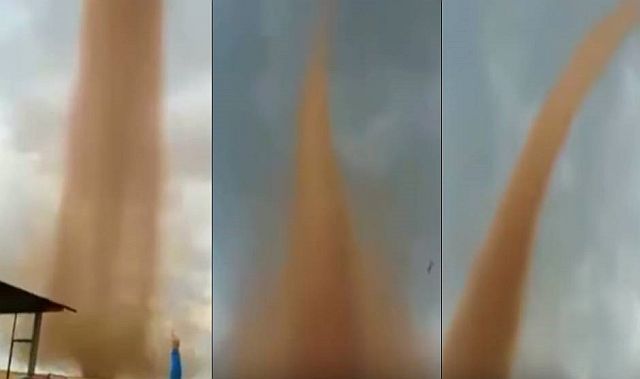 This week a series of events took place in South America, South Africa, Finland and Brazil.

Water receded from several places in South America. We also caught another huge “Antarctica” wave anomaly over this region around the same time.

On the other side of the ocean, people witnessed huge wave’s crashes into the shores of South Africa while Helsinki, Finland was hit by a Cat1 Hurricane Force.

Another example of such an extreme weather phenomenon is an enormous tall land spout that has been filmed at the moment it passes through Jaguapita in Brazil.